Trump's comment comes hours before the India-US meet between MEA Jaishankar and US State Secretary Pompeo in Bangkok, Thailand on Friday. 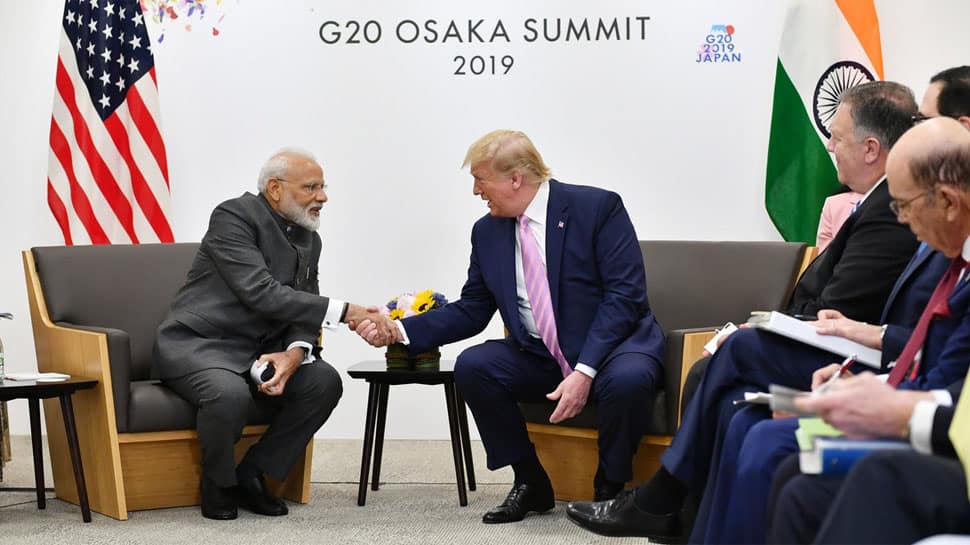 NEW DELHI/WASHINGTON: United States President Donald Trump once again reiterated his offer to mediate in the Kashmir conflict between India and Pakistan, but added that is up to Prime Minister Narendra Modi to accept the offer of assistance.

"It’s really up to Prime Minister Modi (to accept the offer of mediation)," said the US President on Thursday while confirming that India has turned down his offer of help on Kashmir.

“I met with Prime Minister Khan; I got along great with — I think they’re a fantastic people, Khan and Modi.  I mean, I would imagine they can get along very well. But if they wanted somebody to intervene or to help them — and I spoke with Pakistan about that, and I spoke, frankly, to India about it.  But that’s been going on, that (Kashmir) battle, for a long time,” Trump said.

“If I can — if they wanted me to, I would certainly intervene,” he added.

Trump's comment comes hours before the India-US meet between Minister of External Affairs S Jaishankar and US Secretary of State Mike Pompeo on the sidelines of the 9th East Asia Summit Foreign Ministers meet in Bangkok, Thailand on Friday. This will be the first official meet between the two nations Trump's comment on mediation on Kashmir issue.

The US President ruffled feathers with his claim that PM Modi had asked him to mediate in the Kashmir issue when the two leaders met “weeks ago” on the sidelines of G20 Summit. He said this during a joint press brief with Pakistan Prime Minister Imran Khan in Washington on July 22.

This was immediately dismissed by India with MEA Jaishankar "categorically" assuring the Parliament that no such suggestion was ever made. Citing the Shimla agreement and the Lahore declaration, the External Affairs Minister had said that there was no question of India seeking mediation by any third party in Kashmir as the issue was a bilateral one between the two nuclear-armed nations.

The US State Department too said it's a bilateral issue and the US can only assist.

India has long maintained that Kashmir is a bilateral issue and no third party has any role in it. The Foreign Ministry said that Pakistan must end cross border terrorism if it wants to engage in talks with New Delhi.