INKredible India: The story of 1996 Lok Sabha election - All you need to know

Lok Sabha election of 1996 was a three-way contest between Congress, BJP and several regional powers which had come together to project a third alternative. The highest number of candidates ever competed in these elections.

The five years between 1991 and 1996 had been defined as much by landmark economic and social reforms as for allegations of government scandals and corruption. No five-year term for a government in India, perhaps, was highlighted as much by positives and negatives as the term of Congress’ PV Narasimha Rao who had become the Prime Minister in the backdrop of Rajiv Gandhi’s assassination.

As unfortunate, tragic and shocking as the assassination may have been, it is often argued that Congress would have not formed the government in 1991 had Rajiv Gandhi continued to lead the party. That his assassination took place a day after voting in the first phase of the 1991 Lok Sabha election eventually revealed that the voting pattern and trend was quite different between the first phase and the next two.

Congress eventually managed to form the government and went with Narasimha Rao as its PM candidate. 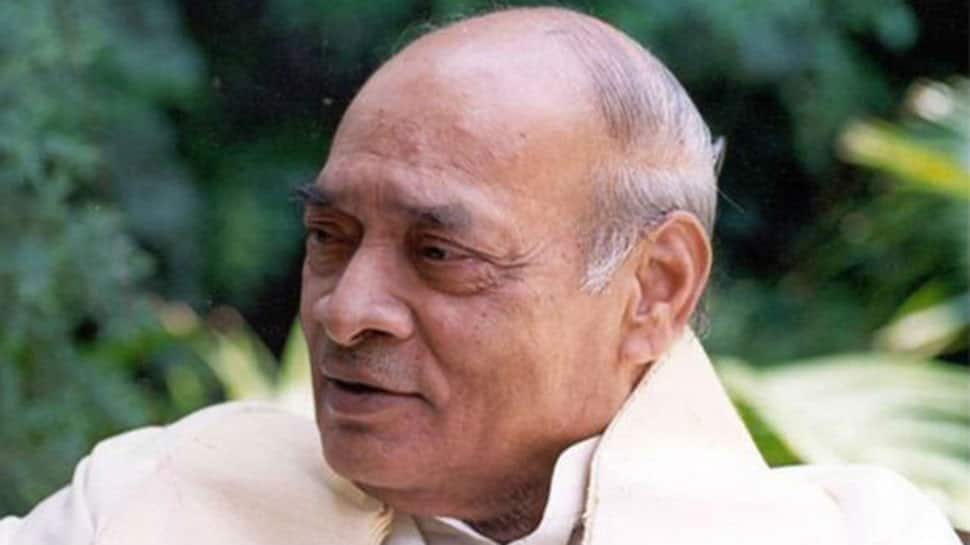 Under Rao, India’s major achievements was ushering in economic liberalisation which opened up the country’s markets to private and foreign investments. The need for it stemmed from the poor state of the Indian economy towards the end of the 1980s. Years of ‘red-tapism’ and of keeping the economy mostly shut had begun having an adverse impact. These, coupled with high import tax and international factors like the Gulf War had meant that India was running out of dollars and had a dangerously low foreign exchange reserve. India had to pledge its gold reserves for assistance from the International Monetary Fund.

Under such circumstances, the Rao government saw it best to open up the Indian market and allow private and foreign players to not only come here but to ease the process of doing business.

While many credit Rao and the then Finance Minister Manmohan Singh for saving the Indian economy from a free-fall, others argue that they had no choice at the time but to opt for economic liberalisation. 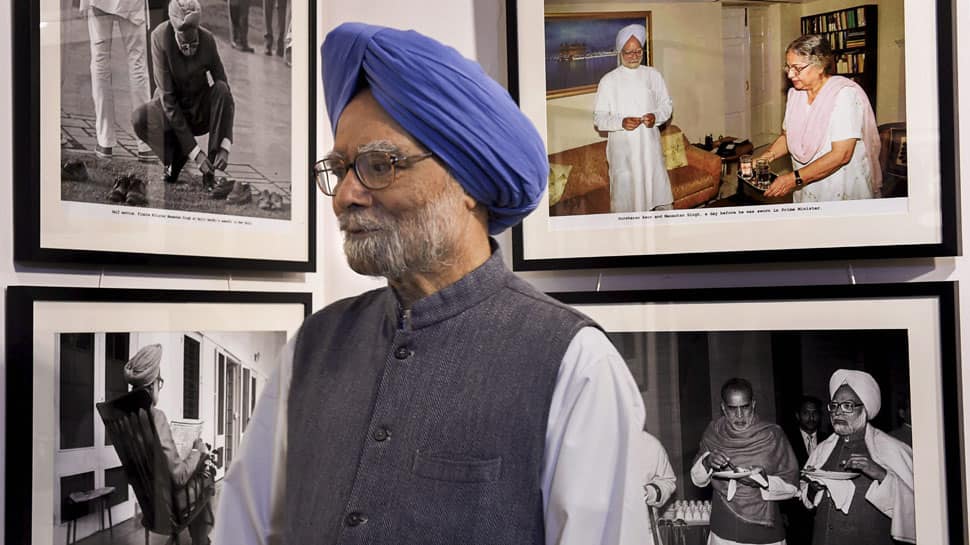 While India was trying to pick its economy and put it back on track through the process of liberalisation, there were other critical issues which emerged as a major challenge for the government before the 1996 election.

It is alleged that the nexus between politicians and criminals was one of the highest in the years between 1991 and 1996. Unable to check on the allegations, the government at the time lost face and a lot of credibility for this. Violence in Punjab and Jammu and Kashmir also became major headaches for the government at the time while there were enough reports of in-fighting within Congress to have maligned its future prospects. As many as seven cabinet ministers had tendered their resignation. Arjan Singh and Narayan Datt Tiwari would eventually leave to form All India Indira Congress (Tiwari)

Congress vs BJP vs Regional Players – The Dynamics at Play

Many pollsters had predicted in the months and weeks leading up to Lok Sabha 1996 election that this was the best chance for BJP to finally realise its dreams of forming the government in New Delhi.

There were a number of factors which gave the edge to BJP although the role and the significance of regional players was hardly underestimated. Congress, going into the election, had seen a dip in its image and credibility. The party had won the previous election with 248 seats and was likely to have the largest vote share but BJP was billed to make a massive jump from its 124 seats in 1991. The core voter group that identified itself with BJP had increased in size and was expected to make a mark in the 1996 election. As for Muslims, their vote had traditionally been with Congress but the party now stared directly at the prospect of sharing it with the National Front-Left Front (NF-LF).

In what was being predicted a neck-and-neck contest, it was eventually pinned down to which of the two parties – Congress and BJP – was more skilled in stitching together alliances that would help in reaching the majority mark.

The Lok Sabha election 1996 was conducted across 32 states and union territories in India. These were:

There were eight national parties and another 30 state parties which contested the Lok Sabha 1996 election, apart from many other registered (unrecognised) parties. These were:

Opinion polls before the 11th edition of Lok Sabha election in the country were largely divided in predicting a clear-cut winner. Most of them, however, agreed that the BJP was poised to better its performance from five years ago when it had won 120 seats. The party had also been reaching out to regional players like the BSP, Shiv Sena, Samata Party – among others. 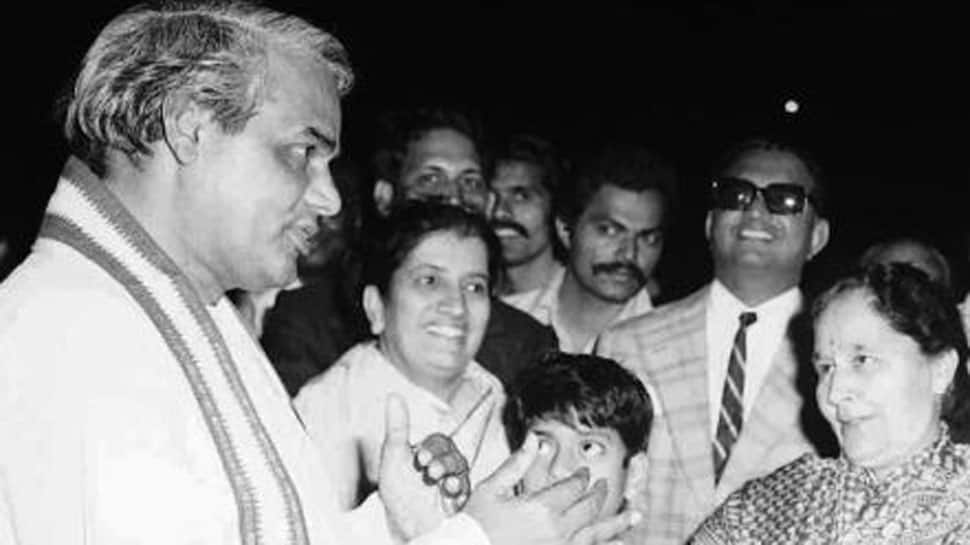 The Congress too had an inkling that it would find reaching the majority mark on its own an insurmountable challenge and had begun connecting with regional players like AIADMK.

Interestingly, there was a third political force that came into significance before the election. The National Front – also called the ‘Third Force’, was comprised of political parties which were neither leaning towards the BJP or the Congress. The prominent parties in this group were Left Front, Telegu Desam Party and Janata Dal. While supporters of the National Front said that it offered a viable alternative to what had essentially become a BJP vs Congress battle, critics argued that it had no central leadership, vision or common set of principles. Some of them even argued that the National Front had been formed based on the political greed of several regional leaders to have a more significant national role.

Even as the nation was gearing up for a three-way fight, a massive scandal would break out just months prior to the election – which threatened the reputation of almost every national political party. The Jain Hawala scandal would eventually throw up names of 115 politicians who were suspected of having taken bribes. Among the accused were three members of Narasimha Rao’s cabinet as well as LK Advani which would eventually result in him giving up BJP’s leadership for Atal Bihari Vajpayee. While the eventual court cases came to nothing, the scandal before the election did come as a shocker to the image of Indian politics.

Under such a charged-up political atmosphere, the 1996-edition of Lok Sabha election was held between April 27 and May 7.

A total number of over 59 crore people were eligible to cast their vote across 543 parliamentary seats which had 7.46 lakh polling stations.

Back in 1996, candidates belonging to political parties as well as the Independents made tall promises to voters in a bid to get their support.

The BJP manifesto had a number of key core Hindutva-related assurances, including the construction of Ram Temple in Ayodhya. It also charged the Congress of having ignored the common people, of having failed their trust and of not fulfilling the promises it had made. “The election of 1996 will mark an end to half a century of Congress misrule and herald the commencement of a really new chapter in the country,” Advani had said while releasing the party manifesto.

On the other hand, Congress appeared determined to retain power – whether on its own or by leading an alliance. In its manifesto, the party sought to project itself as a medium for ensuring a bright future for India while stating that its rival parties would throw the country ‘back into the past.’ Congress assured jobs and income, promised wealth generation, vowed to remove poverty, put focus on self-reliance, ensure peace in Punjab, make a new beginning in Jammu and Kashmir, provide incentives to farmers and to take care of minorities. Significantly, it also sought to project itself as a beacon of unity and warned people that its opposition parties would divide the country on caste and religious lines.

Congress, in its manifesto, also attempted to highlight how Narasimha Rao and his government had revived India from the cusp of economic collapse. “It was an hour of shame (when Narasimha Rao assumed office in 1991). It could have turned into an hour of grief.”

Members of the National Front too looked to project themselves as champions of peace and prosperity.

In the end, voters gave no political party the majority that was sought and it resulted in a hung parliament. The BJP won 161 seats and became the first non-Congress party to be the single-largest in Parliament. The party performed well – as was expected – in the Hindi heartland of Uttar Pradesh, Madhya Pradesh, Bihar and parts of Maharashtra.

The Congress’ fall was of epic proportions and it lost ground in 104 seats to win only 140. The third largest party was Janata Dal of the National Front which secured 46 seats, down 23.

Under such a scenario, Vajpayee was invited to form the government because by President Shankar Dayal Sharma who gave him two weeks from the date of swearing in – May 15 - to prove majority. 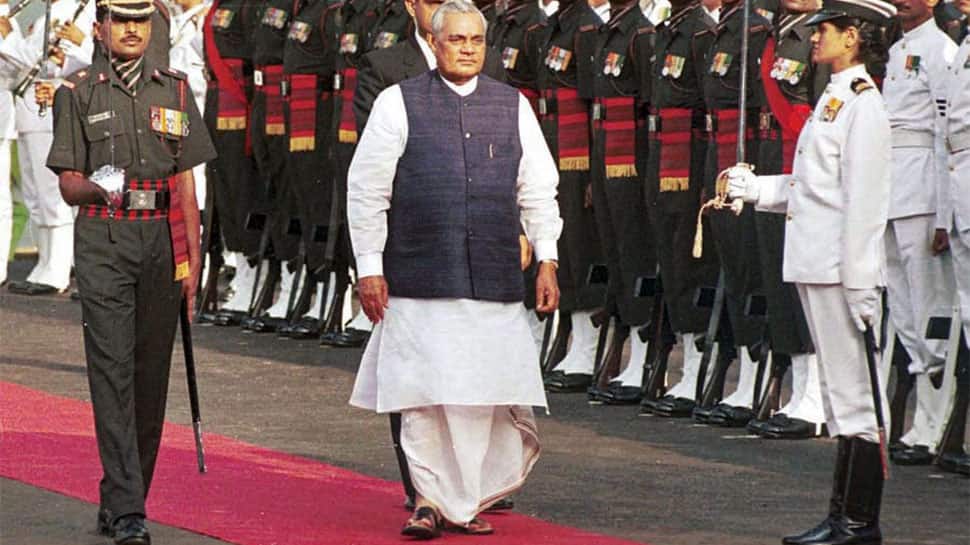 Despite hectic efforts, Vajpayee – the first-ever PM from BJP - claimed on May 28 that he could only get the support of 200 MPs while the number required stood at 273. He would resign just 13 days later and before facing the trust vote.

Congress, the second largest party, refused to work the numbers to form government and instead, provided support to Janata Dal’s HD Deve Gowda who led a number of other, smaller parties under the United Front banner to become PM. It would be the start of an extremely tentative and edgy coalition which would walk the political tightrope with visible discomfort.

The next two years would see IK Gujaral replacing Deve Gowda with Congress once again engineering the political developments. None of this would eventually provide any semblance of stability and Lok Sabha election would have to be held yet again in 1998.