Telangana Rashtriya Samiti (TRS) led by incumbent Chief Minister K Chandrashekar Rao is leading on 8 seats, while BJP and Congress in four each after several rounds of counting of votes which began at 8 AM on Thursday, May 23. Stay tuned for live updates from Telangana on Zee News. 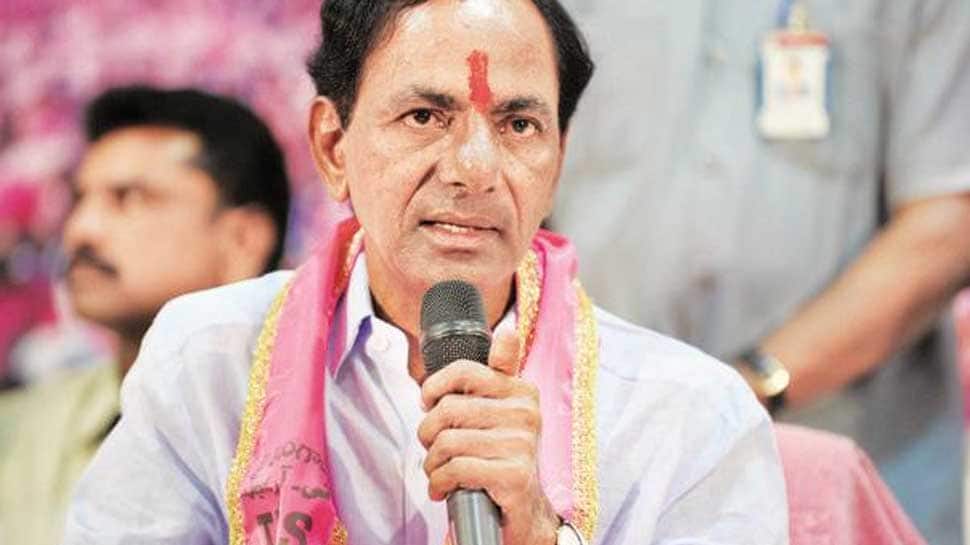 The results were seen as a big setback to the TRS, which was looking to sweep the polls in the company of AIMIM-led by Asaduddin Owaisi, who won from Hyderabad by defeating his BJP rival Bhagavanth Rao. Amid expectations of a clean sweep by the ruling TRS, the BJP pulled off surprise wins in Telangana, winning four Lok Sabha seats.

TRS had kicked off its campaign for the Parliament elections, declaring that it aims to win 16 seats (leaving Hyderabad to ally AIMIM) to play a key role at the Centre. It had also predicted that neither the NDA nor UPA would get a majority on its own. BJP nominees emerged victorious in Adilabad (neighbouring Maharashtra), Karimnagar, Nizamabad and Secunderabad Lok Sabha constituencies Thursday.

What makes BJP's win more surprising is the party had lost security deposits in more than 100 out of the total 119 segments in the Assembly polls in December last year. BJP's win in Secunderabad did not come as a surprise as it is represented by the party (former Union Minister Bandaru Dattatreya) in the outgoing Lok Sabha.

BJP candidate in Adilabad Soyam Bapu Rao had joined the party just ahead of Lok Sabha elections and Adilabad is not a known party stronghold. BJP nominee in Karimnagar Bandi Sanjay Kumar, who lost the Telangana Assembly polls, is known for his strong Hindutva moorings.

Sanjay Kumar's Congress rival Ponnam Prabhakar, who is a working president of the Congress in Telangana, claimed that certain comments of Chief Minister K Chandrasekhar Rao made at Karimnagar on Hindus led to BJP's win. Karimnagar was earlier represented in the Lok Sabha by Maharashtra Governor Ch Vidyasagar Rao. The biggest morale booster for BJP, however, came from Nizamabad, where its nominee Aravind Dharmapuri defeated Chief Minister Rao's daughter and sitting TRS MP K Kavitha.

BJP fought the Lok Sabha seats in Telangana without any alliances. A jubilant state BJP president K Laxman hailed the party's wins in Adilabad, Karimnagar, Secunderabad and Nizamabad. "There is a massive response in Telangana. First time in the political history of Telangana for BJP, we are winning four Lok Sabha seats on our own and not less than 19 per cent votes. I feel proud as BJP's president," he said.

Post reorganisation, Telangana on April 11 witnessed polling in the first phase and an estimated 61 per cent of voters cast their ballot for the 443 candidates in the fray.

It may be recalled that TRS chief KCR, as he is popularly known among his supporters, has been trying to cobble up an anti-BJP, anti-Congress ‘federal front’, but has so far received a lukewarm response from bigwigs like Mamata Banerjee and DMK chief MK Stalin.

Here are the live updates on Lok Sabha election results from Telangana:-

# Here are the latest election result from Telangana (11.50 PM)

#Telangana Pradesh Congress Committee President N Uttam Kumar Reddy and BJP's Bandi Sanjay Kumar were elected from their respective constituencies. Bandi Kumar defeated B Vinod Kumar (TRS), who was deputy floor leader of the TRS in Lok Sabha, in Karimnagar by 89,508 votes. Uttam Kumar Reddy, currently a member of the Legislative Assembly from Huzurnagar, won the Nalgonda seat by a margin of 25,682 votes over his TRS rival V Narasimha Reddy.

#Here Is The List Of Winning/Leading candidates In Telangana (9.50 PM)

#Here are the latest Election Results:

Lok Sabha election results 2019: TRS wins two seats, leading on 7, while BJP and Congress have won 1 seat each. (Trends/Results from EC around 6.25 PM).

# Lok Sabha election results 2019: Nizamabad has been in news after 185 candidates, including 178 farmers, demanding a remunerative price for turmeric and setting up of a Turmeric Board, had jumped in the poll fray.

# Lok Sabha election results 2019: BJP is also leading in Karimnagar, Adilabad, and Nizamabad parliamentary constituencies by a margin of over 20,000 votes.

# Lok Sabha election results 2019: The Congress is leading only in Nalgonda.

# Lok Sabha election results 2019: The ruling TRS in Telangana is ahead of its rivals in 11 of total 17 Lok Sabha constituencies, as per the trends available from the EC.