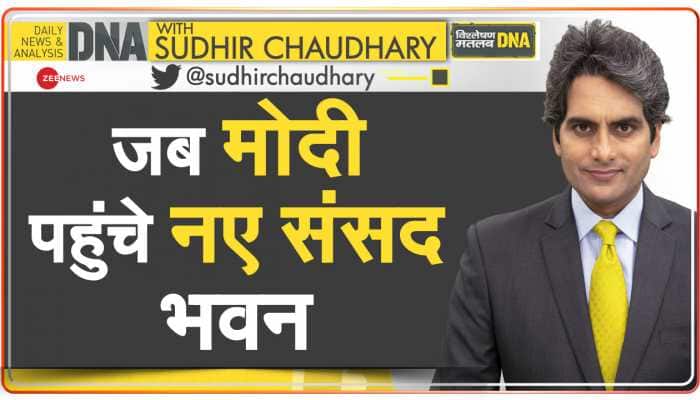 You must have heard about the driverless cars, but how does it actually work and how is it controlled merely using one software through artificial intelligence? 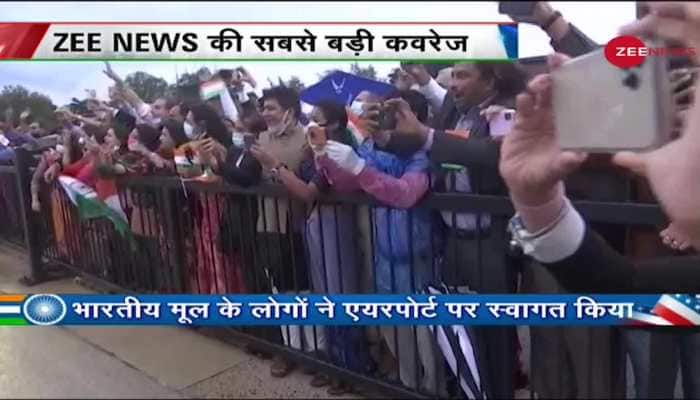 Prime Minister Narendra Modi, who left for the US on Wednesday morning at the invitation of President Biden to attend the in-person summit with the Quad leaders, arrived in Washington around 3.30 AM on Thursday, according to Indian time. He was warmly received by members of the Indian community at the Joint Base Andrews in Washington DC. 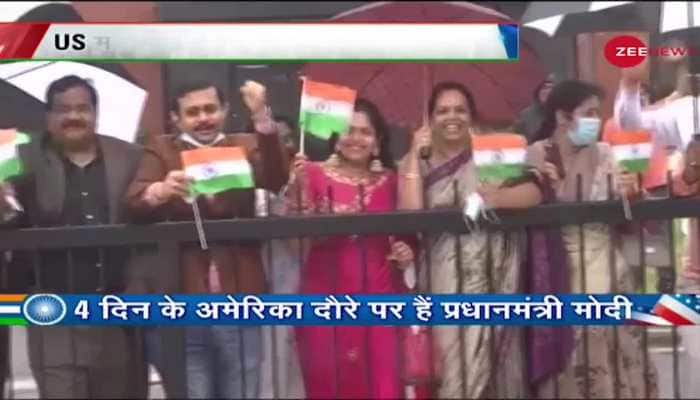 Prime Minister Narendra Modi, who arrived in Washington on a four-day visit, was warmly received by members of the Indian community at the Joint Base Andrews in Washington DC. Prime Minister Modi came out of his convoy to interact with Indians waiting at the airport. 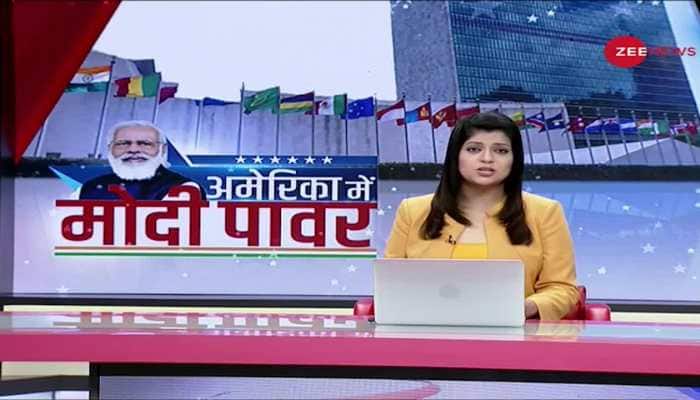 Prime Minister Narendra Modi, who left for the US on Wednesday morning at the invitation of President Biden to attend the in-person summit with the Quad leaders, arrived in Washington around 3.30 AM on Thursday, according to Indian time. He will also address the 76th session of the United Nations General Assembly in New York. 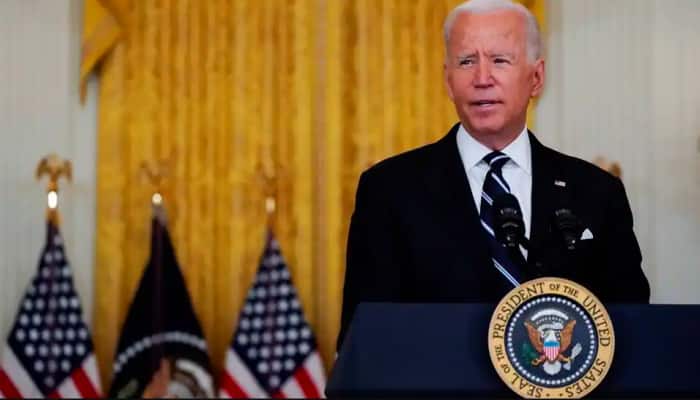 In his first address at United Nations, Biden reminded that last month terror attack near Kabul attack in which 200 innocent Afghan civilians in a heinous terrorist attack at the Kabul airport. 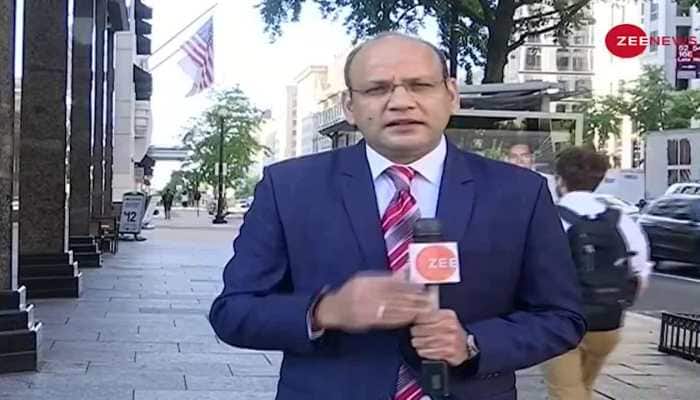 This era of COVID-19 changed the lives of many, but one thing which proved to be true in this time of change is that service is the biggest religion. And the Sikh community is at the forefront in carrying out this religion. Watch how people of the Sikh community living in America are helping people. 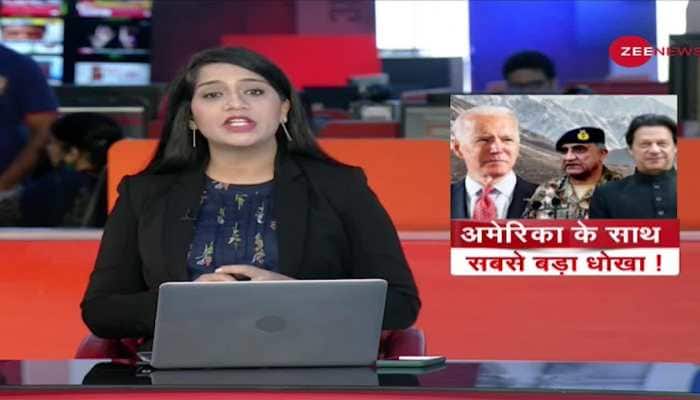 President Biden is now surrounded in his home after facing criticism from all over the world after the withdrawal of US forces from Afghanistan. There is a lot of resentment in the US over the dual role of Pakistan. The US has reprimanded Pakistan for helping the Taliban.

Pakistani rupee registers all-time low against the US dollar

Pressure on the rupee has increased due to Pakistan's current account deficit. 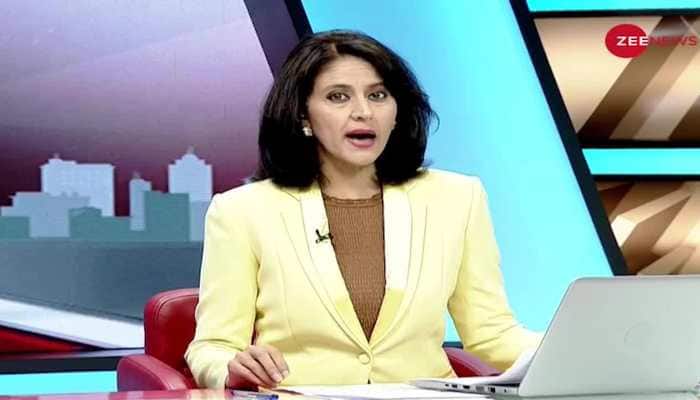 Taal Thok Ke (Special Edition): Will there be a terrorist attack like 9/11 again?

It has been 20 years since the terrorist attack in the US on September 11, 2021, but the pain of that terror is still fresh in America's mind. Ken McCallum, the head of Britain's intelligence agency MI-5, has said that the Taliban's takeover of Afghanistan will boost the morale of terrorists, and a fear of terrorist attacks like 9/11 will remain in people's minds. Watch the debate on this issue in 'Taal Thok Ke (Special Edition)'. 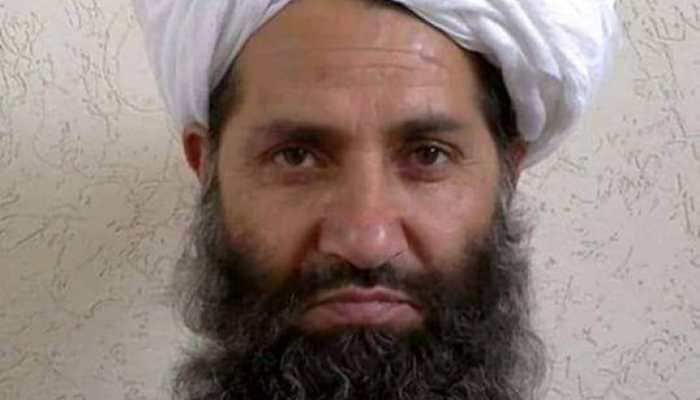 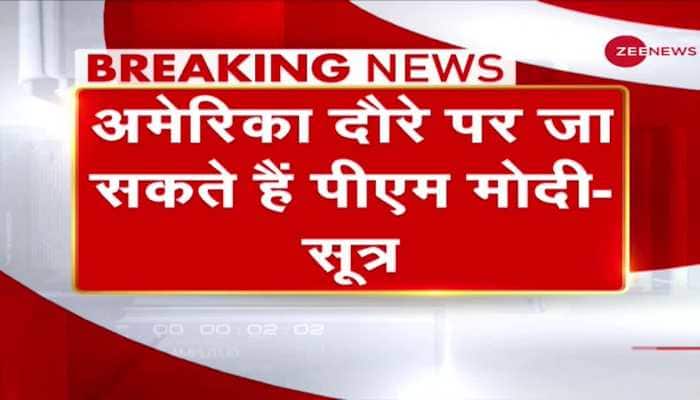 Prime Minister Narendra Modi is expected to travel to the United States in the last week of September. 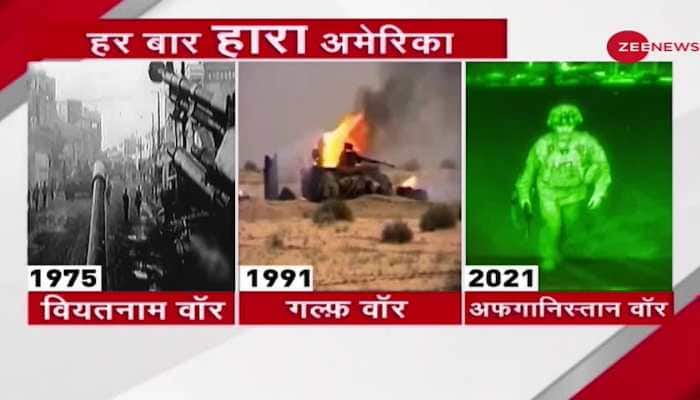 Afghanistan: Losing in war is not new for America

The way America decided to run away from Afghanistan is being discussed everywhere. But running away from war is not a new thing for America. America had also run away from the Vietnam War of 1975. 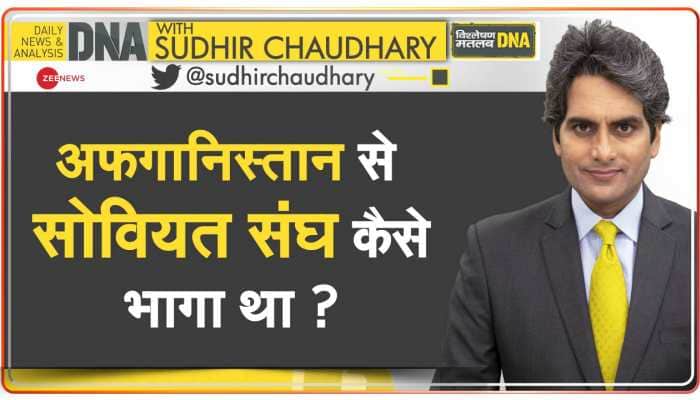 America fled Afghanistan in the dark night, but in the meantime, a picture of an American soldier went viral on social media, in which American General Chris Donahue was seen boarding the plane with a gun in his hand. But before that in 1989 the Soviet Union also had to flee Afghanistan but the picture was different. 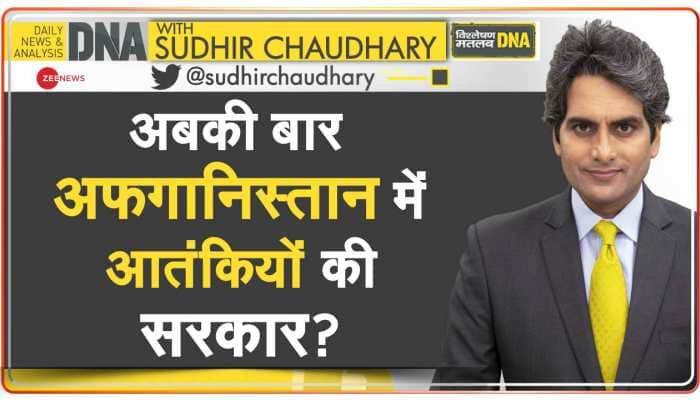 DNA: Government of terrorists will be formed in Afghanistan?

Our correspondent Anas Mallick took stock of the situation at the airport where all the American equipment was present, which is used during the war. Anas Mallick also spoke to Taliban leader Anas Haqqani. Watch the interview. 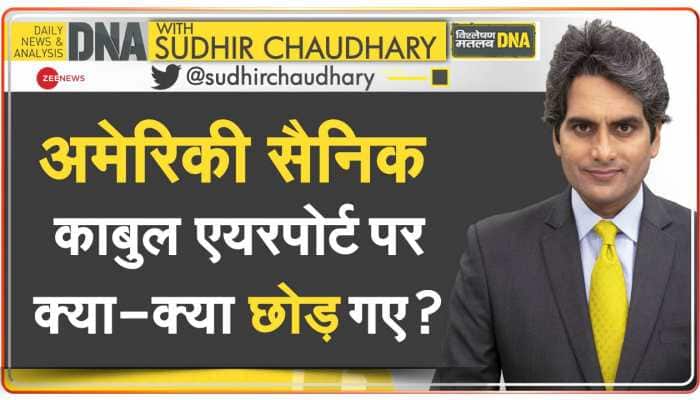 America left Afghanistan, but after its departure, the Taliban have got advanced weapons that can now be used in the name of jihad in the coming days. Although the US says that its soldiers disabled most of the equipment before leaving Afghanistan. 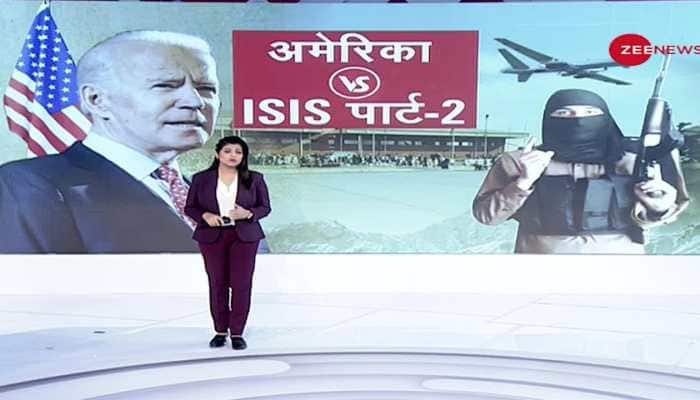 Within 36 hours after the suicide attack on Kabul airport, America attacked the Islamic State in Afghanistan. A Reaper drone was used to carry out this attack, which is also known as America's 'Brahmastra'. 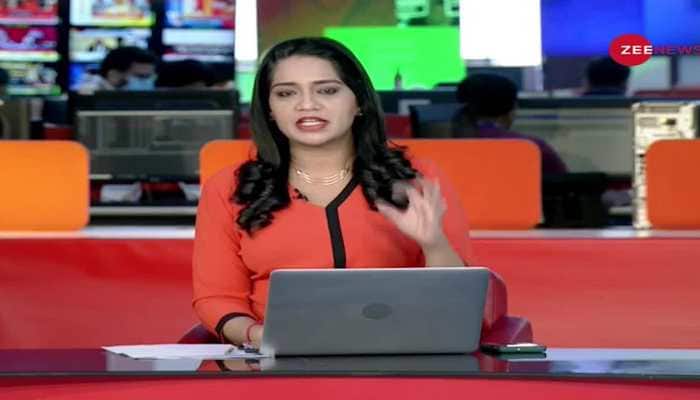 America strikes its enemies with drones

The US has conducted airstrikes on ISIS after bomb blasts rocked Kabul in which multiple US personnel were killed. 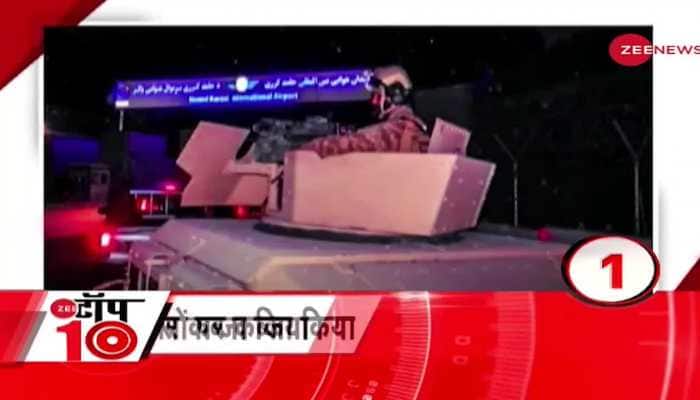 In this section, you will find the top news stories of the day. Segment Zee Top 10 is a part of Zee News' important news bulletins in which we cover all the important news. 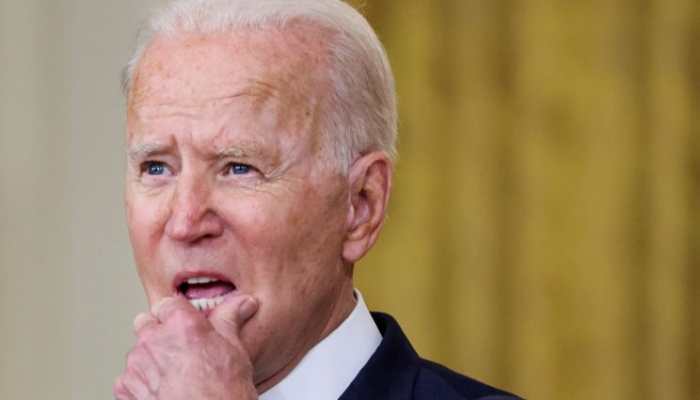