Get Set, Vote: India gears up for second phase of Lok Sabha election 2019

Over 15 crore voters are eligible to choose from a total of 1,629 candidates across 95 parliamentary seats in 13 states and union territories. 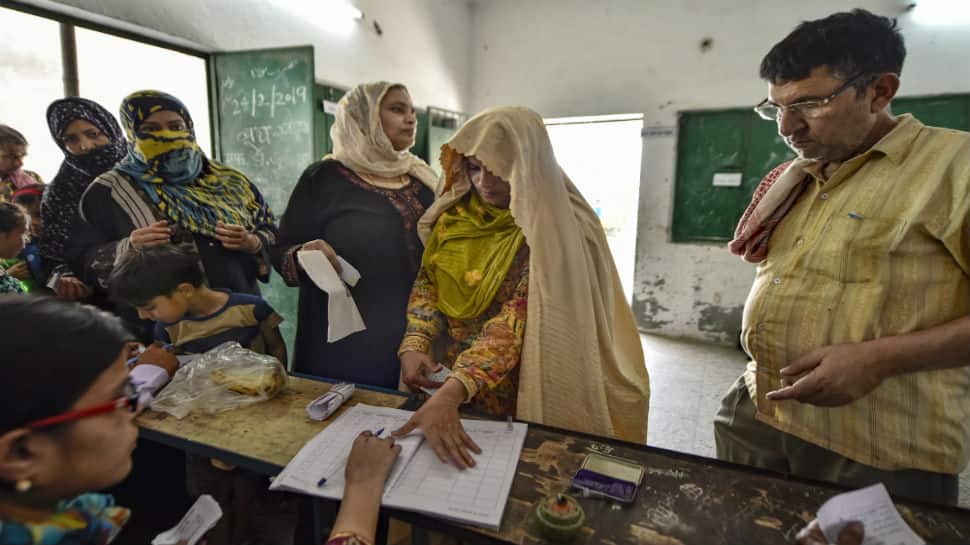 The stage is all set for the second phase of Lok Sabha election 2019 to be held across 95 parliamentary seats in 13 states and union territories on Thursday (April 18).

After the first phase of election, held on April 11, political parties have only upped their campaign to ensure triumph for themselves. At rallies across the length and breadth of the country, politicians have left nothing to chance in highlighting their achievements while hurling muck at rivals. Often, the quality of verbal discourse has been so pitiable that the Election Commission has had to temporarily ban several leaders from campaigning for a period ranging from 48 to 72 hours.

While the EC has shown that violating the Moral Code of Conduct (MCC) won't be tolerated, most politicians continue to move heaven and earth to ensure they find favour among voters. 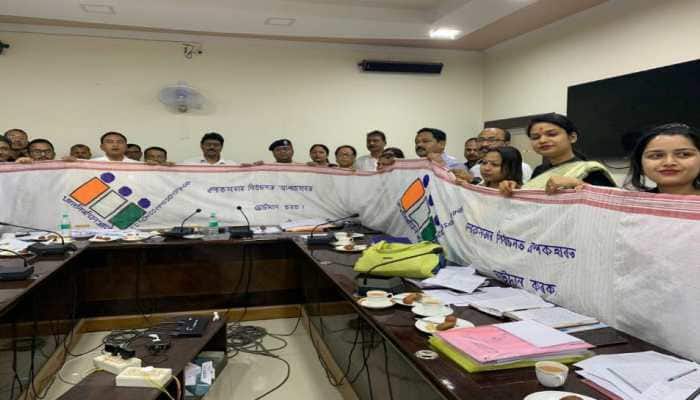 While there were 14 crore eligible voters in the first phase of Lok Sabha election 2019, over 15 crore voters would be eligible to exercise their franchise in the second phase. Of these, 8.02 crore* are male, 7.76 crore* are female and 11,136 belong to the third gender.

The biggest state in the second phase - in terms of electorate size - is Tamil Nadu where polling would be held in all seats - barring Vellore. In Tamil Nadu, a total of 5.98 crore* people are eligible to cast their vote, followed by 2.63 crore in 14 seats of Karnataka and 1.85 crore in 10 seats of Maharashtra. The politically-charged state of Uttar Pradesh will see election in eight seats with 1.40 crore eligible voters. 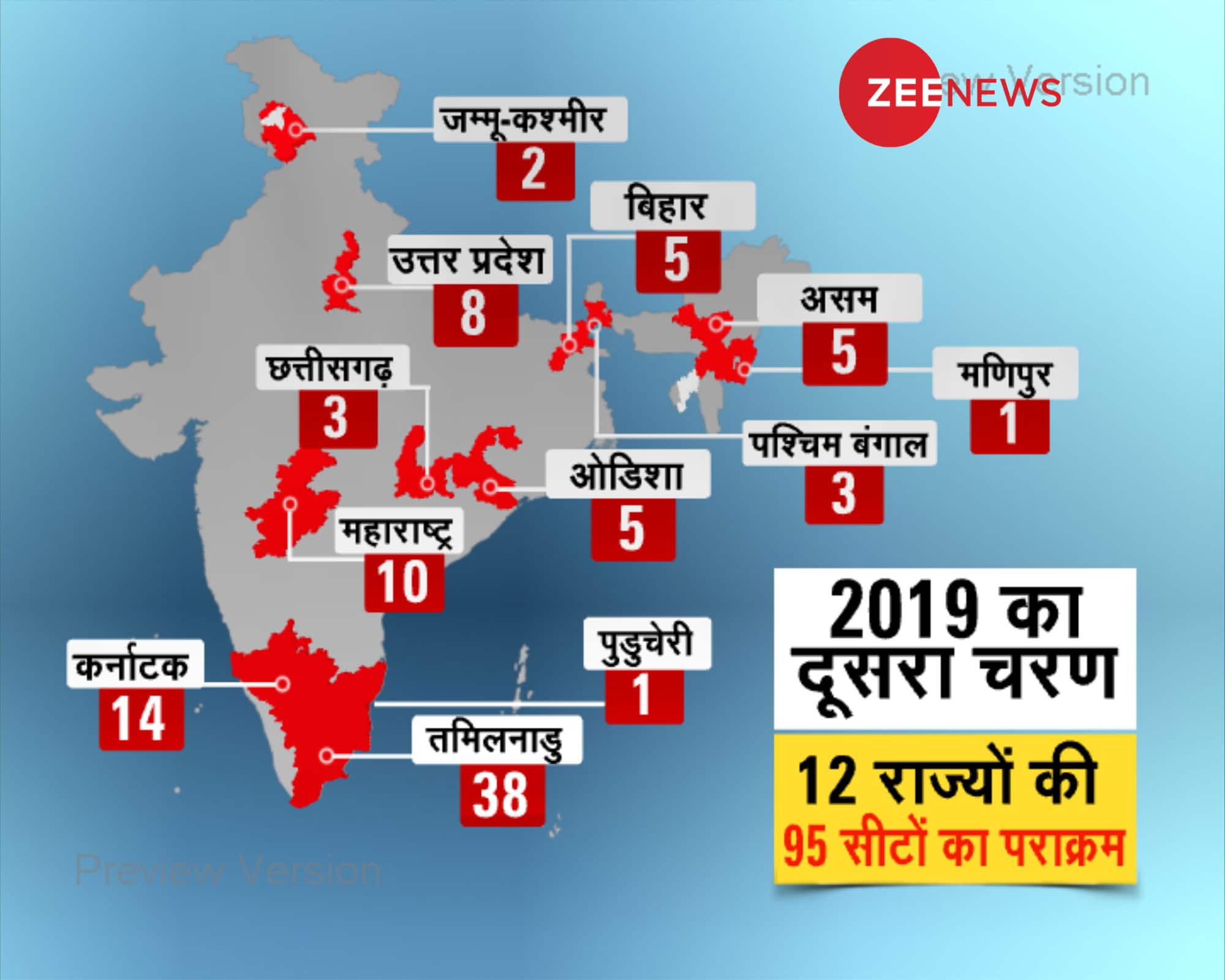 In all, voters will have to choose between 1,629* candidates across the 13 states and union territories participating in the second phase of voting. The bulk of candidates, quite obviously, are in Tamil Nadu while Karnataka and Maharashtra too will see key battles played out. 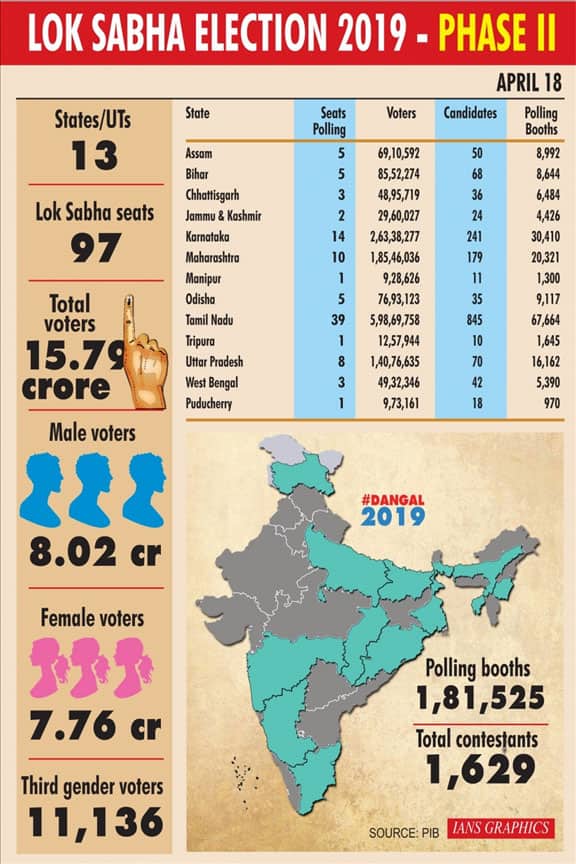 Speaking of key battles, a number of star candidates will now get to see if their appeal for votes have made a difference in the minds of the voters. Former PM HD Deve Gowda of JDS (Tumukur), BJP's Hema Malini (Mathura), NC's  Farooq Abdullah (Srinagar), Congress' Verappa Moily (Chikkaballapur) and Raj Babbar (Fatehpur Sikri) are some of the important candidates to watch out for. (Read more here)

Much like before voting in the first phase, the EC has taken a number of steps to ensure that voters come out in huge numbers to the 1,81,535 polling booths* set up for the second phase. Security remains a key area of focus, even more now because of sporadic incidents of violence last Thursday.

While the EC remains committed to conducting free, fair and peaceful elections, voters are once again being urged to carry the right documents to polling stations and follow the proper electoral etiquette and decorum. Electoral roll and Elector Photo Identity or one of 11 alternative photo IDs are a must before casting vote. (Click here to know more) 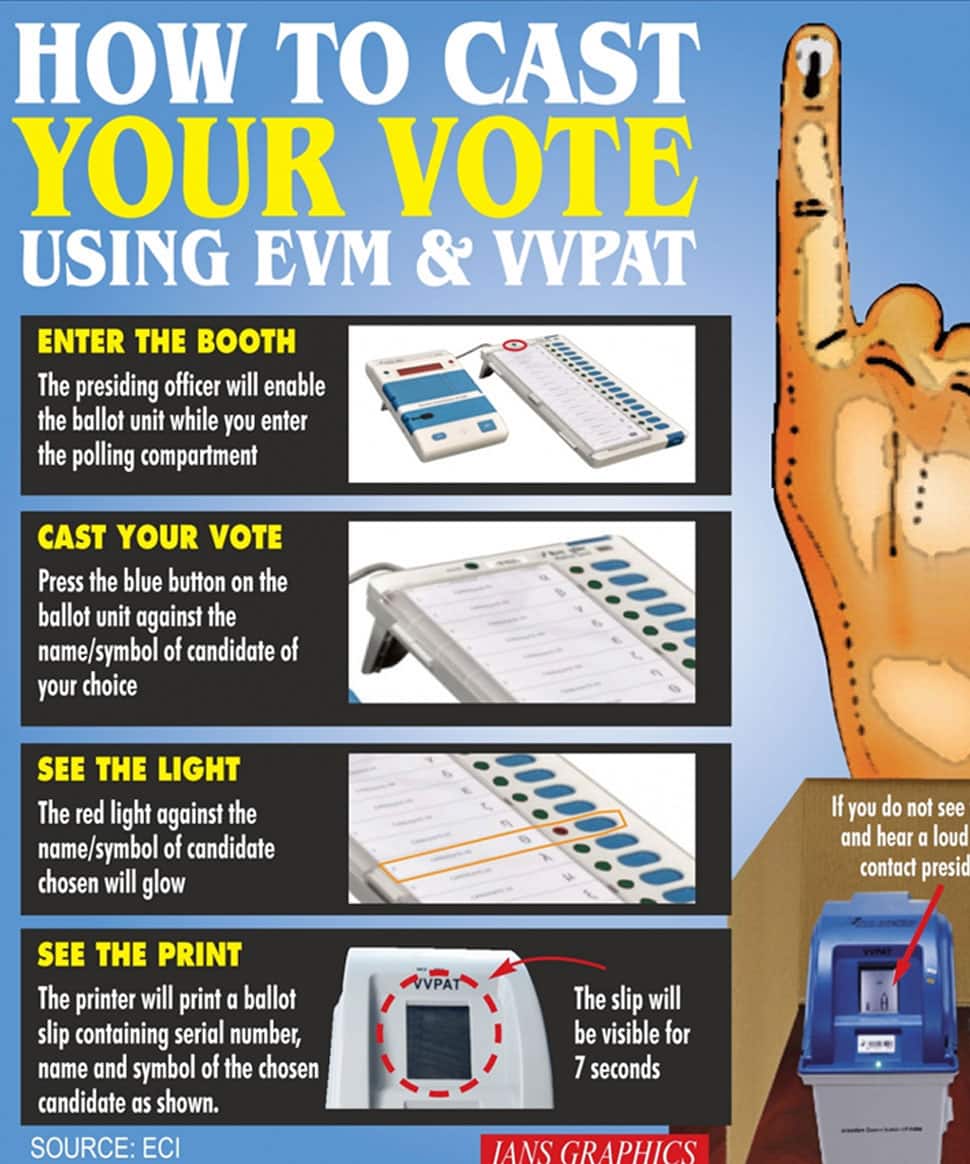 The timing of vote would be between 0700hrs and 1800hrs in most states and union territories.

(* These figures include statistics from Vellore and Tripura East, where election has been put off .)