Get Set, Vote: India gets ready for third phase of Lok Sabha election 2019

The Election Commission of India has set up over 2 lakh 10 thousand polling booths for smooth conduct of polls in these 116 parliamentary constituencies. 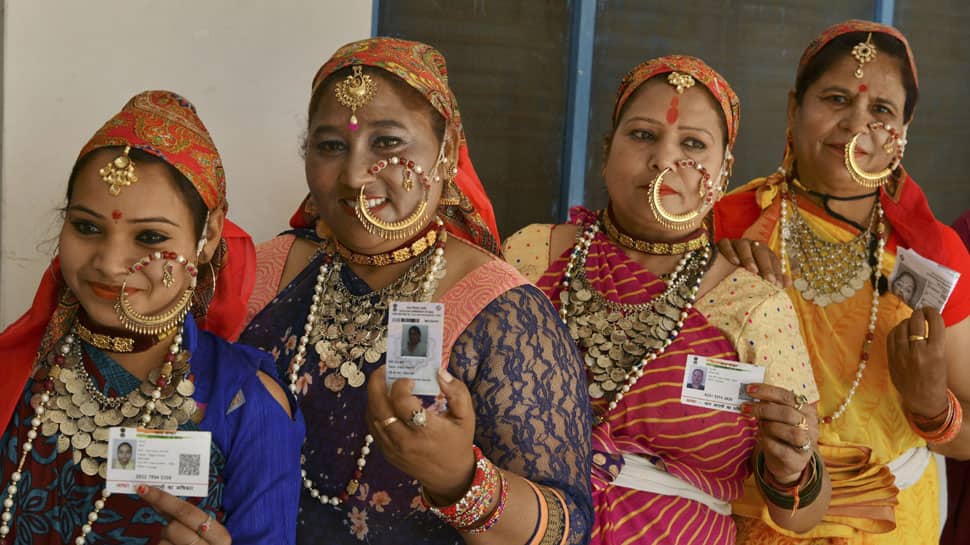 Voters in 116 Lok Sabha seats spread across 14 states and 2 Union Territories will exercise their franchise on Tuesday in the third phase of Lok Sabha election. Over 18 crore 85 lakh voters, including 96598912 male, 86226460 female and 7043 third gender voters, will decide the fate of 1640 candidates in the third phase. The Election Commission of India has set up over 2 lakh 10 thousand polling booths for smooth conduct of polls in these parliamentary constituencies.

All 26 seats in Gujarat, 20 in Kerala, 2 in Goa, 1 each in Dadra and Nagar Haveli and Daman and Diu will go to polls in the third phase on Tuesday. Besides, polling will also be held in four seats in Assam, five in Bihar, seven in Chhattisgarh, one in Jammu and Kashmir, 14 in Karnataka, 14 in Maharashtra, six in Odisha, 10 in Uttar Pradesh, five in West Bengal and one in Tripura.

Some of the big names whose political fate will be decided on Tuesday are BJP chief Amit Shah from Gandhinagar in Gujarat, Congress president Rahul Gandhi from Kerala's Wayanad and Samajwadi Party patron Mulayam Singh Yadav from Mainpuri in Uttar Pradesh.

In Maharashtra, the 14 seats going to polls in this phase are - Jalgaon, Raver (both in north Maharashtra), Jalna, Aurangabad (Marathwada), Raigad, Ratnagiri-Sindhudurg (Konkan), Pune, Baramati, Madha, Sangli, Satara, Kolhapur, Hathkanangale (western Maharashtra) and Ahmednagar (south Maharashtra). Jalna is going to grab a lot of attention as state BJP president Raosaheb Danveis is in the fray from here against Vilas Autade of the Congress. In Baramati, NCP chief Sharad Pawar's daughter Supriya Sule is fighting against BJP’s Kanchan Kul.

The 14 parliamentary constituencies in Karnataka where polling will take place on Tuesday are -  Chikkodi, Belgaum, Bagalkot, Bijapur (SC), Gulbarga (SC), Raichur (ST), Bidar, Koppal, Bellary (ST), Haveri, Dharwad, Uttara Kannada, Davanagere and Shimoga. In Karnataka, important constituencies which will witness voting on Tuesday include Gulbarga, where senior Congress leader Mallikarjun Kharge is up against Umesh Jadhav, who is a former Congress MLA but he is contesting the poll on a BJP ticket. In Shimogga, former chief Minister Yeddyurappa’s son B Y Raghavendra is pitted against another former chief minister S Bangarappa’s son Madhu Bangarappa.

The 10 parliamentary constituencies in Uttar Pradesh where polling will take place in third phase are - Moradabad, Rampur, Sambhal, Firozabad, Mainpuri, Etah, Badaun, Aonla, Bareilly and Pilibhit. These seats are very crucial for the BJP as the saffron party had won seven out of these ten seats in  2014 Lok Sabha poll. The remaining three seats were won by Samajwadi Party.

The political heavyweights from Uttar Pradesh, whose fate will be sealed by the voters in the third phase, include Mulayam Singh Yadav, Union minister Santosh Kumar Gangwar, who is in the fray from Bareilly and Varun Gandhi, who is contesting from Pilibhit.

In Bihar, the polling will take place in Jhanjharpur, Supaul, Araria, Madhepura and Khagaria parliamentary constituencies. The key contest will be in Madhepura where four-time MP Sharad Yadav is contesting on Rashtriya Janata Dal (RJD) ticket and he is up against JD-U's Dinesh Chandra Yadav and independent Rajesh Ranjan alias Pappu Yadav, who the sitting MP from this seat.

In Kerala, all eyes will be on Wayanad from where Congress President Rahul Gandhi is in the fray. Thiruvananthapuram Lok Sabha seat is also expected to see a tough battle this time with sitting Congress MP Shashi Tharoor pitted against former Mizoram Governor Kummanam Rajasekharan of the BJP and LDF candidate C. Divakaran.

Chhattisgarh is scheduled to witness polling in seven parliamentary constituencies namely Raipur, Bilsapur, Durg, Janjgir-Champa, Raigarh, Korba and Sarguja on Tuesday. Raipur, Bilsapur, Durgand Korba constituencies are for general category; while Raigarh and Sarguja are reserved for the Schedule Tribe and Janjgir-Champa is reserved for Schedule Caste.

In Assam, the four parliamentary constituencies which will go to poll in third phase are - Dhubri, Kokrajhar, Barpeta and Gauhati. A total of 54 candidates are in the fray from these four seats. Key candidates are two sitting MPs - AIUDF chief Badruddin Ajmal in Dhubri and Independent Naba Sarania in Kokrajhar, state social welfare minister Pramila Rani Brahma of BPF from Kokrajhar and Congress MLA Abdul Khaleque.

In Odisha, polling will take place on 6 Lok Sabha seats on Tuesday. The parliamentary constituencies which will witness voting in the third phase are - Sambalpur, Keonjhar, Dhenkanal, Cuttack, Puri and Bhubaneswar.

The polling for 5 out of 42 seats in West Bengal is scheduled to take place on Tuesday in the third phase. The seats which will go to vote are Balurghat, Maldaha Uttar, Maldaha Dakshin, Jangipur and Murshidabad.

In Goa, the two parliamentary constituencies which will witness polling in third phase are - Goa South and Goa North.

In Jammu and Kashmir, voting is scheduled to take place in Anantnag (in all polling stations falling under Anantnag district ) parliamentary constituency.  It is to be noted that Anantnag is going to polls in Phase 3, Phase 4 & Phase 5 of Lok Sabha poll due to security issue. The four districts to be covered in the Anantnag in the first phase are Anantnag, Kulgam, Shopian and Pulwama.

The polling for Tripura East Lok Sabha seat was earlier scheduled to take place in second phase on April 18 but it was deferred to third phase due to law and order issue.